Founded in 1926, the company is now in its third generation of family ownership.

It started around a kitchen table. In 1926, Grandpa Reidler announced to his wife and six children that the doctor told him he could no longer work. Charlie, age 16, immediately quit school and started lettering signs. Grandpa had worked for the local coal hauling railroad which had massive car repair shops in Saint Clair, Pennsylvania.

Charlie went to the railroad and soon had orders to Gold leaf passenger cars, make stencils for reporting marks, and hand letter the railroad name on locomotives.

A new company was born. Three generations of the Reidler family later, the company has grown into the oldest & largest fabricator of railroad graphics and signage in the USA; and, oh yes…our 60,000 square foot headquarters is located in exactly the same railroad yard where Grandpa once worked!

Affiliated facilities are now located in Charlotte, North Carolina and Phoenix, Arizona as well as our corporate headquarters in Saint Clair, Pennsylvania. 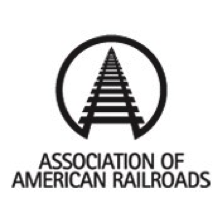 Check out our new online store!

We are excited to have you visit us. Click here to check it out.

Locomotive wraps instead of paint? Sure, we got you covered!

Founded in 1926, Reidler has grown to be the oldest & largest fabricator of graphics and signage to the rail industry. The company is now in its third generation of family ownership.